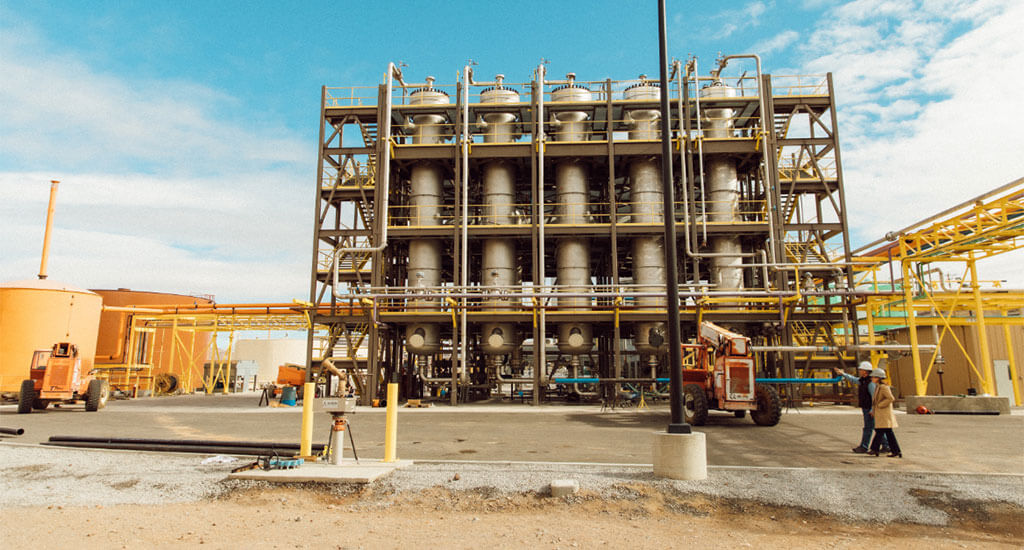 RENO, Nev.  | One of the country’s most advanced renewable fuel plants will officially launch operations at Tahoe-Reno Industrial Center in Storey County, Nevada. New Rise Renewables Reno will produce 44 million gallons per year of renewable diesel made from triglyceride oils from sources such as corn.

“New Rise Renewables and its proven technology represent the future. Renewable diesel is emerging as the renewable fuel of choice as the world begins to move away from fossil fuels. Notably, unlike ethanol or biodiesel, renewable diesel does not, and is not, mixed with petroleum products in order to perform,” said Jeremy Gilpin executive vice president of Reno-based Greater Commercial Lending (GCL), which facilitated $112.6 million in government-guaranteed credit for the development of New Rise Renewables Reno.

“GCL is proud to have helped assemble the loan package that made New Rise Renewables Reno possible. It is one of only a few significant renewable diesel plants in the U.S., though there are certainly more on their way. A notable fact about the facility is that once it is in full operation, it will require minimal external energy. It will use its own internal energy recovery system to power the production of renewable diesel,” Gilpin added.

Said Randy Soule, leader of the New Rise Renewables Reno facility, “The USDA-guaranteed financing was what enabled the project. The favorable, flexible terms of the government guaranteed loan package were essential. With flexible financing, the financials may not have worked out, and our team wouldn’t have been able to maintain complete oversight and control.”

Nevada U.S. Senator Catherine Cortez Masto added, “Northern Nevada’s clean energy companies are helping us combat the climate crisis while fueling our economy and creating good-paying jobs for Nevadans. Businesses like New Rise Renewables are proof of what’s possible with government-guaranteed loans, and when we all come together at a federal, state, and local level to foster innovation and growth. I’m proud to see this facility come online, and I’ll keep working to support our clean-energy economy throughout Nevada.”

“Nevada is a leader in clean energy, and I’m proud to continue fighting to bring more good-paying, clean energy jobs to our state,” said Nevada U.S. Senator Jacky Rosen. “Renewable diesel plants like New Rise Renewables will help create jobs while helping our country move towards a cleaner energy future. I’m thankful to the U.S. Department of Agriculture for helping clean energy companies like this one in our state.”

The New Rise Renewables Reno plant, which was developed by retrofitting an existing fuel plant, is projected to save nearly 880 million pounds of carbon emissions, the equivalent of removing 88,000 vehicles from the roads. The primary plant has been completed, and a pre-treatment and energy recovery system, designed to increase output and operational efficiency, will be fully operational in early 2023. The facility uses the most advanced renewable diesel technology in the U.S.

Renewable diesel is made by causing chemical reactions through the addition of hydrogen to the natural fats and oils. New Rise has deployed proven state-of-the-art efficient and cost-effective technology methods, which involves hydrogenating the triglycerides. The process uses hydrogen, pressure, catalyst and heat in an efficient manner, allowing reactions to be uniform and controlled – increasing yield, lowering operating costs and allowing for feedstock flexibility.

The fuel plant is located in the Tahoe-Reno Industrial Center, the largest industrial park in the world. Other occupants include Tesla, Walmart, Google, FedEx, Switch and Panasonic.